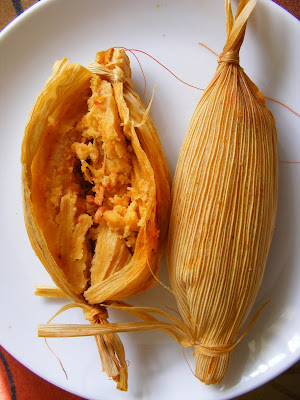 It all begins on January 6, also known as “Día de Reyes” to commemorate Gaspar, Melchor and Baltazar the kings who according to the tradition visited Jesus when he was born.

On January 6 friends, families and coworkers get together to share a traditional cake known as Rosca de Reyes, inside the cake there are one or two hidden figurines of baby Jesus (a small piece of white plastic that looks like a tiny “Oscar” award) as a symbolism to represent the flight of Jesus to escape from King Herod´s plan to kill all babies that could have been the messiah.

Whoever gets one of those figurines in his or her slice of cake has to throw a small party on the second day of February with free “tamales” for everyone. This whole “hidden figurine” scenario makes cutting the cake exciting and fun because everybody wants free tamales a month later, but nobody wants to get the figurine.

Now let’s take a quick look at a few phrases in Spanish that may be used in this context:

1- Did you get a little baby Jesus in your slice of cake?
– ¿Te salió el Niño Jesús en tu rebanada de pastel?

2- Who got a baby Jesus figurine?
-¿A quién le salió el “muñequito”?

3- Who is going to give us free tamales?
-¿Quién nos va a dar tamales gratis?

4- Where are you going to throw the “tamale party” for us?
-Dónde vas a hacer la “tamaliza” (party with lots of tamales) para nosotros?

5- Can I bring a couple of friends to the “tamale party” at your house?
-¿Puedo llevar a un par de amigos a la “tamaliza” en tu casa?

“El Día de la Candelaria” is a fun tradition centered on food and it is a great excuse to get together a couple of times after the New Year´s celebration.
That’s all for today, to learn more phrases in Spanish feel free to visit Learning Spanish for Beginners.com

Thanks for visiting Viva Language Services, it´s always a pleasure to have you here.